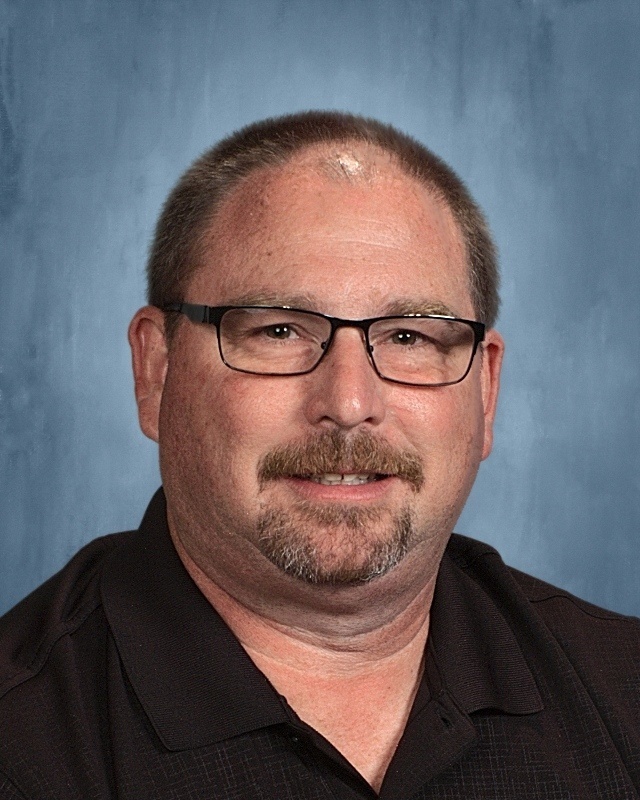 Sand Creek, Michigan. – February, 2022. Michigan’s professional organization of school athletic directors, the Michigan Interscholastic Athletic Administrators Association (MIAAA), has selected Robert Wright of Sand Creek as the Region 6 Athletic Director of the Year. One of only 14 athletic administrators statewide to be honored by the MIAAA, Robert will be presented with this award in March at the MIAAA Conference.

Robert served multiple roles in education for 31 years, 16 of which were as an Athletic Director.
Throughout his career along with administrative duties he has coached football for 8 years and softball for 4 years (Lenawee County Softball Coach of the Year in 2010). Robert has been MIAAA Mid-Winter Conference Presenter 3 times and served on numerous MHSAA committees including three of them this year.

Service is a constant theme in Robert's life as he’s volunteered for many programs around the Sand Creek area including The Fellowship of Christian Athletes, Huddle, and Onsted Kiwanis since 2013, to name a few. He’s a Certified Athletic Administrator and has served as the region six representative since 2018. Robert and his spouse of 36 years, Beth, are parents to two wonderful daughters. Brianne and Kelsey, both reside in Phoenix, AZ and his one son Elliott who deceased in 2003. Robert also has one beautiful granddaughter who was born on September 15th, 2021!

Kris Isom, Athletic Director at Madison High School has this to say about Robert, “I think Robert and I really became friends when his son Elliott was tragically killed while riding his bike close to his home. I remember sitting at the funeral wondering how that man finds the strength to get through this?! I attended the Fellowship of Christian Athletes breakfast at the MIAAA conference in Traverse City, not too long after Elliott’s death. Robert and his wife, Beth, were the presenters. I have always saw myself as a Christian, but after that, I was truly awestruck by what a true believer was. The strength they both displayed in this time of tragedy was beyond words. “

Kris also added, “Robert is very respected by the Athletic Director’s in the Tri-County Conference. We may not always agree, but we find ways to agree to disagree. He is the epitome of organization. Robert is always the one on top of the “little” things that really matter. He is the one that keeps us all in check and makes us feel jealous of how organized he is.”

The MIAAA is a 62-year-old association with over 700 members serving as athletic administrators in numerous high schools and junior high/middle schools in Michigan. As partners with the Michigan High School Athletic Association, the MIAAA works to promote the educational value of interscholastic athletics and the role and profession of athletic administrators. The MIAAA is very proud to spotlight the work of Robert Wright– a pillar of positivity and good will and a true servant leader.